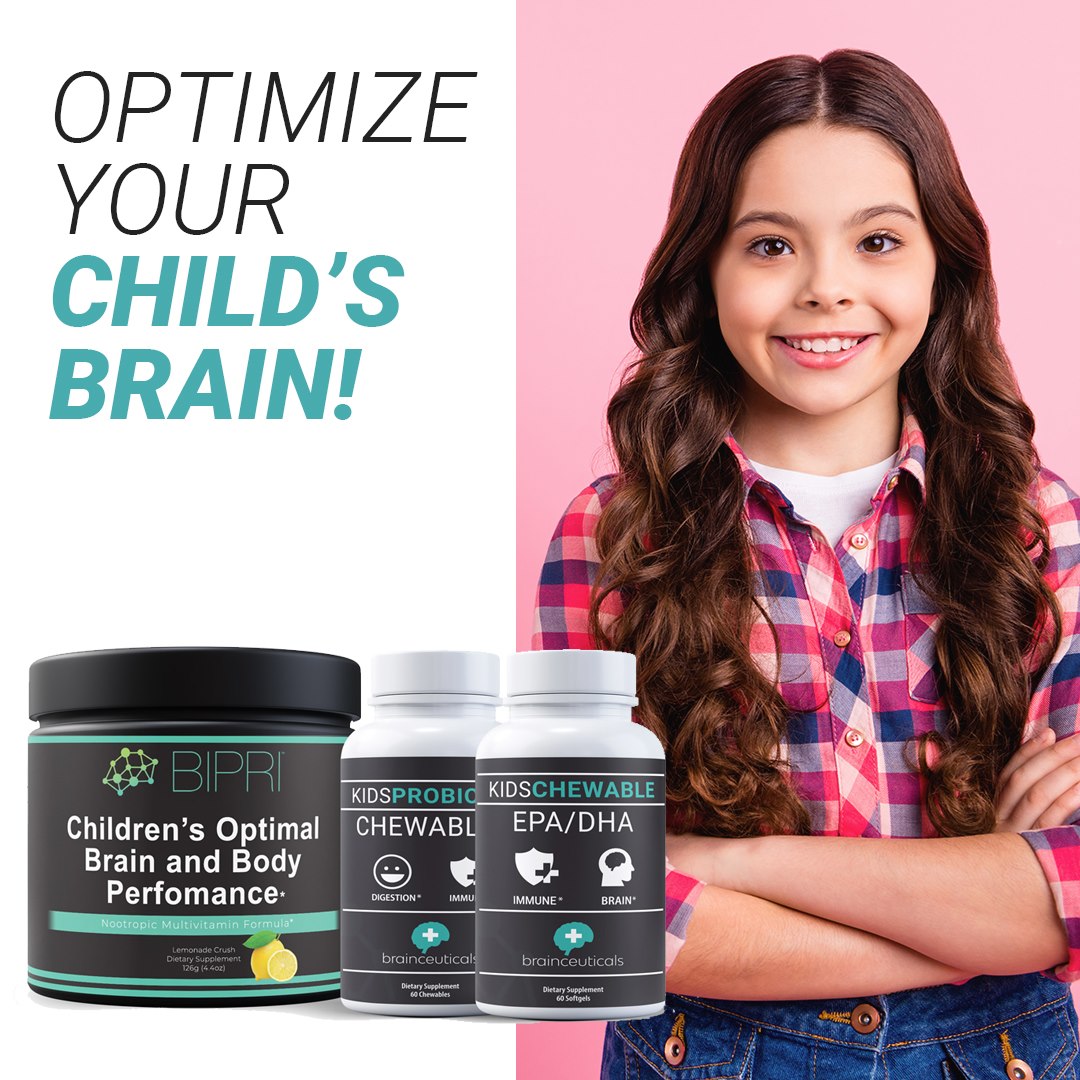 Did you know that the most important developmental years of your child’s life are before birth through 8 years old? Although every year after that is also crucial, those first few years mark the brain’s most rapid growth. That’s why it’s so critical that you pay attention to the relationship between your kids and brain boosters.

Unfortunately, not every child is going to be excited about leafy greens or fresh fruits. This adds an extra strain when it comes to getting them the natural brain supplements they need to feed their brain and boost development. That’s why extra brain supplements for kids are essential. They’re the best way to make sure your children are getting everything they need for the healthiest brain possible. Here are a few of the best options to introduce into your child’s diet!

Vitamin A is one of the brain supplements useful during regular embryonic development into adolescence, although its significance in the developed, adult brain is not well understood. This vitamin is responsible for creating retinoids, which are involved in the process of complex signaling pathways which regulate the body’s gene expression. Looking at the central nervous system, this means control of neuronal differentiation and patterning of neural tubes.

Can Vitamin C actually act as a brain supplement for kids? In your child’s brain, C vitamins actually play a key role in neural differentiation and maturation. This means that vitamin C helps the creation and development of neurons in their respective cognitive roles. Beyond that, it is crucial for the development of the myelin sheath, or the protector against harmful free radicals that are damaging to the brain and its growth. Overall, C vitamins are necessary for cognitive development and performance. It’s also a powerful antioxidant and boosts your child’s immune system.

Vitamin D, or the sunny vitamin, is actually more than what it might traditionally be known for. It’s actually considered to be more of a hormone than it is a vitamin, and it pulls a lot of weight when it comes to the body’s absorption of calcium (a strong supporter of bone and muscle growth).

This hormone acts as a kid’s brain booster through gene activation. It releases brain chemicals, such as dopamine and serotonin, that are directly tied to mood and cognitive regulation or processing. It’s also important to have normal levels of vitamin D to maintain linear brain growth. During pregnancy, vitamin D deficiency has been linked with neurological impairment or slower development in early childhood.

When you consider your child’s memory, vision, hearing, and language development, you should think “Vitamin E.” This vitamin is one of the most powerful brain supplements for your child, due to its intrinsic link to complex learning and retention within the brain’s synapses. It plays its own role, acts as an antioxidant, works in tandem with lutein, and even protects DHA to promote the healthiest cognitive function possible for children.

When it comes to kids and brain boosters, B12 vitamins are a great place to start. Often referred to as vitamin B complex, B vitamins are usually considered B12, B6, B3, and B9. They’re integral to your child’s energy production, which in turn translates to brain cell development, metabolism, and overall energy levels. A lack of B vitamins means a sluggish kid, which isn’t good for their development, performance, or health.

A person’s choline levels during pregnancy have been linked to their child’s cognitive health after birth and several years down the line. This is most likely due to choline’s connection to several neurotransmitters responsible for cognitive processing and development, including memory function. Supplementing with choline later in your child’s life can help counteract any negative effects due to earlier deficiencies, making it a strong brain supplement for kids.

You can’t think about children’s brain supplements without bringing omega-3s into the conversation. Regardless of your age, everyone depends on and benefits from omega-3 fatty acids. These supplements are composed of several acidic compounds, the most important being DHA and EPA. DHA and EPA serve as building blocks for the brain’s cells, making it easier for the brain, eyes, and nervous system to develop. DHA specifically helps the brain develop neurons in areas concerned with learning and memory. It transmits nerve impulses and fights against oxidative stress that could otherwise hinder the developmental process.

Your Child Can Benefit From Brain Supplements for Kids

There are several brain supplements for kids that will help your child get a head start on healthy brain development and cognitive function. Especially during their earlier years, this could be the difference between thriving or struggling in an academic or social setting. Your child isn’t always guaranteed to receive all of their necessary nutrients and vitamins from the food that they’re eating – but daily supplements will make sure they’re getting everything they need to be the best version of themself possible! Need some extra guidance? Give our BIPRI team a call today at 615-933-5188 or visit our website here.